An original new play exploring women's bodies in labor and resistance
​in the age of industrialization. ​ 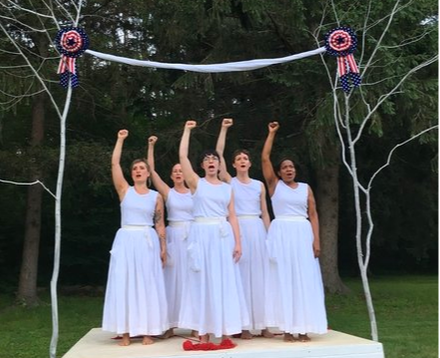 The Mill Project deconstructs the historical record, re-membering & embodying women's experience of labor in the textile mills of nineteenth century New England through a performance-collage drawing on letters, newspapers, pamphlets and etiquette books. Woven in a tapestry of primary source text with original music and movement, the play puts the mill girls of factory towns like Leeds and Lowell into relationship with the experience of American women today. The Mill Project invites the audience to place themselves in history while imagining our shared future. ​
The creators of The Mill Project entered an intensive developmental process in residency at 12Federal in Greenfield MA, in January 2018, sponsored in part by the Greenfield Local Cultural Council.
A public presentation of selected new scenes and music, and a discussion with the artists followed.

The history of women’s work in New England mills is rich and full of dramatic potential. While there were many aspects of the lives of female mill workers and nineteenth century women in general that we as theater-makers felt drawn to, we focused on the first generation of workers that came to the mills mostly from New England farms in the 1830s. This was an exciting time, when the rise of factories and manufacturing industry in New England provided new opportunities for Yankee women. As workers in the public, not domestic, sphere, white women’s bodies were put on display in ways that hadn’t been seen in the United States before.

It was also a time between wars – a new nation still reeling from a revolution that these women’s direct ancestors participated in, with the threat of division already at their doorstep in the form of the Southern slave economy. The opportunities provided for the white Yankee women in the factories contrasted deeply with the experiences of African American women, both free and enslaved, who at this time faced discrimination and inhuman treatment. Many Yankee women would only stay in the mill for about two years before getting married, and they were replaced by waves of Irish immigrants who toiled for much longer. African-American women could be employed as laundresses or housekeepers, but not in the factory itself, due to discriminatory hiring practices.

The factories provided boarding houses where the workers could remain under the paternalistic care of the factory owner. The cost of the workers’ board was taken out of their wages. In larger mill communities like Lowell, there were thousands of workers, but in small towns like Leeds, the owner of the factory would probably have known the couple hundred workers by name.

The complicated legacy of the “mill girls” is divided between the rosy picture of the Yankee daughters who finally got to work for “themselves” and the oppressive and dangerous conditions that many workers faced. The working environment of the cotton mill was terribly noisy, the workers left with their clothes covered in dust and lint that they inhaled regularly, causing respiratory problems. The proximity of their working and living conditions, in small boarding houses with no privacy, led directly to collective action and strikes to push for fewer hours and higher wages. Their rhetoric often referenced slavery and wrongfully compared their plight to that of the enslaved. While many mill girls considered themselves supporters of the abolitionist cause, those who worked in cotton mills, using goods imported directly from Southern plantations, contributed directly to the slave economy.

In The Mill Project, we have taken the voices of these women, using their own words, to tell a story that highlights the importance of women’s work outside the home, the foundation of a labor movement that still exists today, and the complicated perspectives that emerge when re-presenting history. 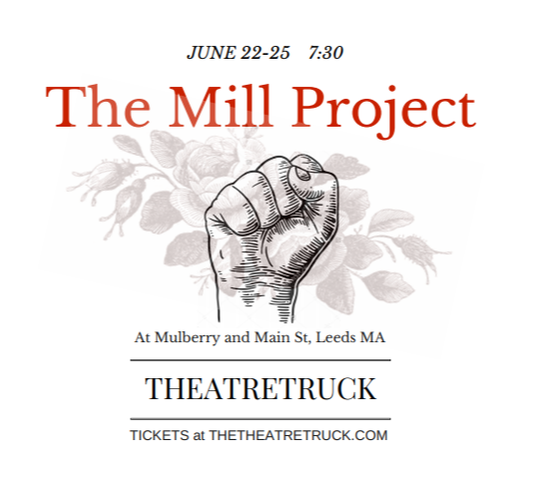 We endeavour to be submissive, cheerful and contented with the lot marked out for us.
- H.F., the Lowell Offering, 1845. ​

THE MILL PROJECT is comprised entirely of primary source text, drawn from the following sources: